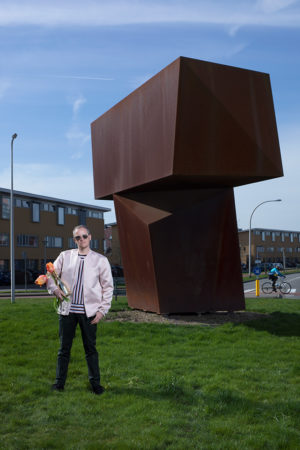 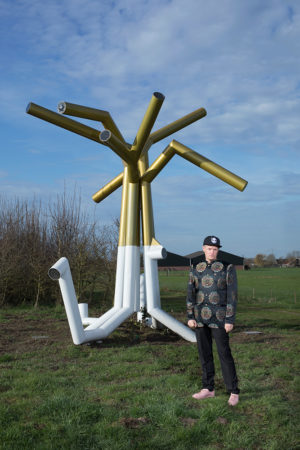 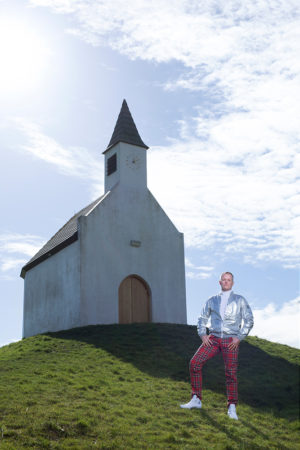 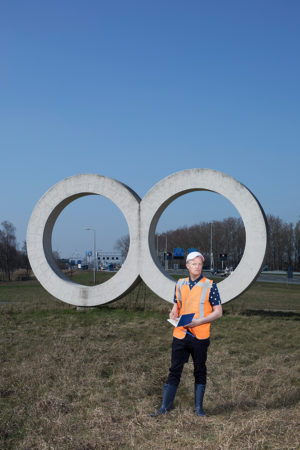 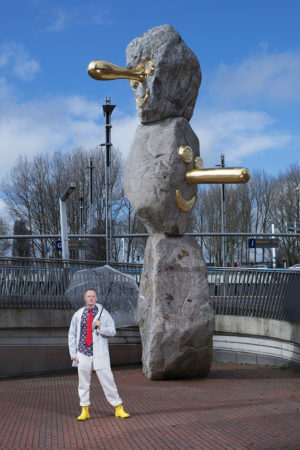 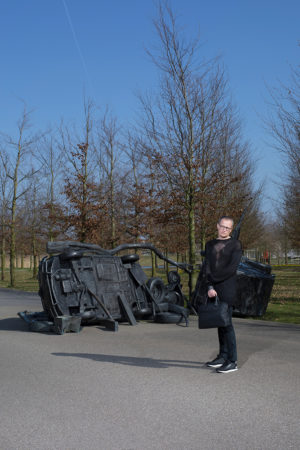 TheWikiCommons photo series is made up of images that were specifically produced to be added to the media database of Wikimedia Commons.

The artist had himself portrayed next to existing artworks in public space. Samson appears to ‘claim’ these objects, creating the illusion that he himself is the maker of these various sculptures in Dutch neighbourhoods, city parks, station squares or along motorways. Samson does not even mention the actual designers or artists.